China tech company Realme is going to launch X7 Max in India. But now the company has also announced the launch of its new Smart TV in the Indian market. Actually, the company is going to hold a launching event in India on 31 May, which will start at 12.30 pm. In this event, along with Realme X7 Max 5G smartphone, two new smart TVs will also be launched. This smart TV will come in 50 inch and 43 inch screen sizes.

The company has recently announced the launch of Realme X7 Max 5G and Realme 50-inch and 43-inch smart TV by releasing a media invite. The launching event can be seen on social media platforms YouTube and Facebook.

Netflix will soon step into the gaming industry, will bring options like Apple Arcade

Realme has also released a teaser regarding its upcoming TV, in which many information has also been received. Realme Smart TV 4K will be launched in 50 inch and 43 inch sizes. Both models will get Ultra-HD resolution, HDR support and Dolby Vision support.

Along with TV, Dolby Cinema and Voice Assistant will also be supported. In addition to Dolby Vision and Dolby Atmos, Realme Smart TV 4K will get Android support. Apart from this, TV will be offered in many different sizes. 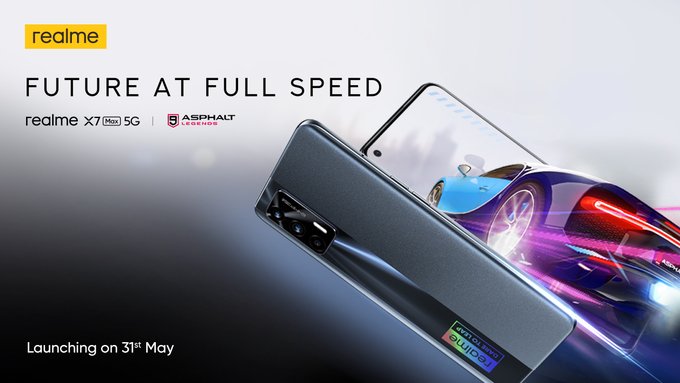 A 6.45-inch HD display can be found in Realme X7 Max. For photography, a triple rear camera setup can be found in this phone. A 64 megapixel sensor can be used in it. It will also include an 8 megapixel wide angle lens and a 2 megapixel lens. For better performance, MediaTek Dimensity 1200 processor can be given in it.

Tecno Spark 7 Pro will be launched in India on this day, know how special this phone is

It can get a 4,500mAh battery, which supports 50W fast charging. Talk about the price, according to the leaks report Realme X7 Max can be kept in the premium range. 12GB RAM can be found at this price. However, the company has not given any information regarding this yet.

All You Need To Know About Outsourcing Your IT Support Department

The Ways in Which Structured Cabling Could Improve Your IT Infrastructure

The Importance of Disaster Recovery Planning

6 Beautiful Dresses for your dolls to slay at Haldi Ceremony

6 Shoes that never go out of style

6 Beautiful Dresses for your dolls to slay at Haldi Ceremony

6 Shoes that never go out of style